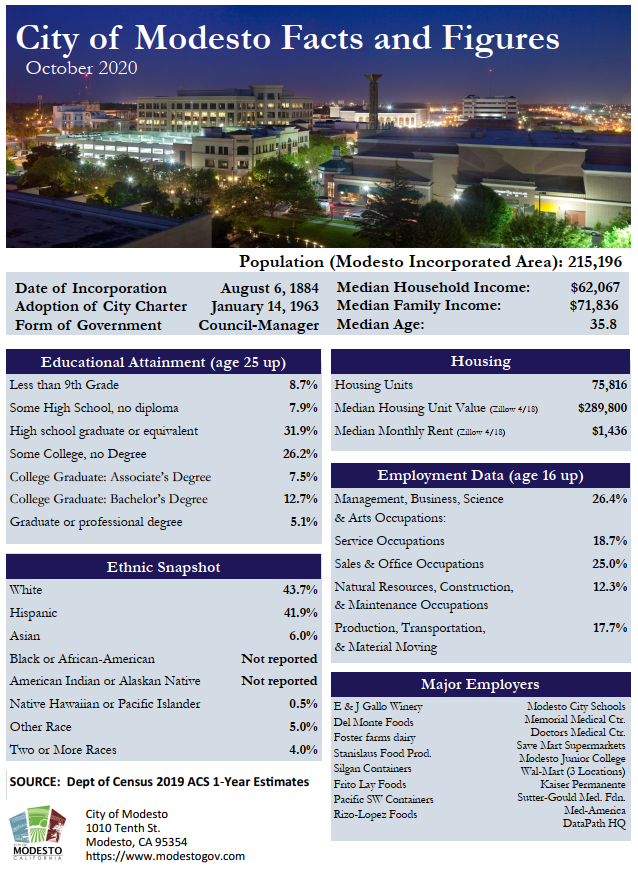 Incorporated August 6, 1884 in the center of California, Modesto is home to more than 210,000 residents and 13,000 businesses. Featuring a classic one-square-mile downtown center, Modesto encompasses a total incorporated area of 37 square miles and a total General Plan area of 66.7 square miles.

Modesto is a relatively young and diverse community with average age under 35 years.   From 2012 to 2017 Modesto has grown about 5%, a healthy manageable rate.   The city’s population growth has been accommodated with faster job growth;  between 2012 and 2017 the percentage of the population employed rose from 82% to over 90%.   Businesses are prospering with commercial and industrial vacancy rates at historic lows.