A Brief History of Modesto

Modesto was founded as one of the San Joaquin Valley’s railroad towns.  In the late 1860s, Collis Huntington, Leland Stanford, Mark Hopkins, and Charles Crocker (the “Big Four”) announced plans to construct a railroad down the San Joaquin Valley to connect the northern and southern portions of the state.  They decided to extend the Central Pacific Railroad, but were unable to secure land grants to finance construction, as they had for the recently-completed Transcontinental Railroad.  Instead, land was purchased, then subdivided and sold.  Modesto’s original town layout is still visible today:  downtown is an approximately 640-acre tract with numbered streets oriented parallel to what is now the Union Pacific Railroad and lettered streets oriented to the perpendicular  (Section 29, Township 3 South, Range 9 East Mount Diablo Meridian). View the full historical document to learn more. 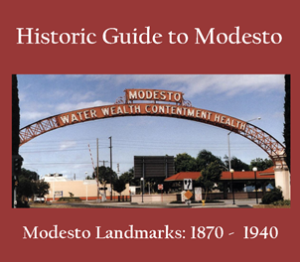 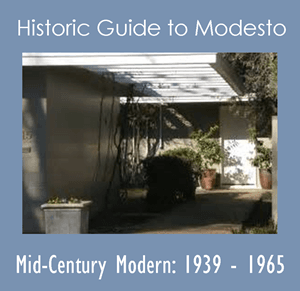 In the middle of the 20th Century, Modesto’s irrigated agricultural industry was well established and many related businesses had developed to support it. Modesto was prosperous and its citizens engaged in various cultural pursuits. Modesto received national attention during this period for its high–art architecture, which was even featured in books published by the New York Museum of Modern Art. 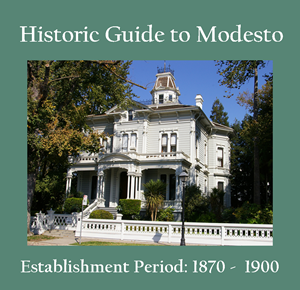